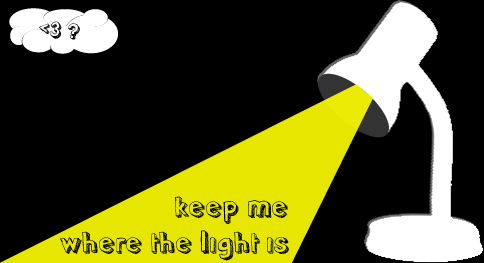 I'm writing this on the train to work ahead of another busy day in the office. However, now it's not all about the system build like it has been for the past few months…

And thats because the system is currently being shipped to Lugano ahead of our visit on monday. Since the last few days have proved very informative I thought I'd share some of what I know about this exciting adventure with you.

I'm flying out on Monday. The flight consists of 2 legs: one from london heathrow to zurich and then from zurich to Lugano. The flight to zurich is a couple of hours and the last stretch is only half an hour.

The caveat about the latter is that it's a small local 'shuttle' flight on a two propped plane. The plane is 3 seats wide and has the mission. Of flying over the alps and into lugano, which is right next to a lake. This drastic change in altitude results in a perculiar landing trejectory and often dramatic terbulance. One of the last times a work collegue travelled there the air hostess managed to drop the tannoy mic twice while she was explaining the severity of the terbulance. So I have that to look forward to.

We arrive in Lugano on Tuesday morning after an overnight stay in Zurich on Monday evening. Then I spend the week working on installing the system. That's the bit I can't really say much about on here, and just as well because I'd probably loose most of you. However, I can link you to a recent Sony press release on the subject.

I have been given a work phone while i'm out there, but I'll be using Skype to contact friends and family, so if you've got skype let me know your details!?!

I'm initially only out there for 1 week because we're flying back next weekend :) since the hotel we're staying at doesn't have any laundry facilities it's probably for the best :p

I'm really looking forward to this trip (as you may be able to tell) and I'll make sure to take my camera and keep you updated :D

Wow… only a week of October left! It’s been a crazy month, and here’s why:

Work. The project I’ve been assigned to has really twisted up a notch and it’s taking all my time at work now. I’m really enjoying being hands on with the technical side of the project and I’ve learnt so much about Linux, Java, networking, databases and servers!

The project is currently undergoing the pre-build phase in Basingstoke (where I work), and the next stage is to install and test the system at the customer site. As many of you know by now that customer is situated in Switzerland. As of next weekend I will be working in Switzerland for over a month. It’s going to be fantastic and now it’s such a short time away I can start getting really excited. I will be coming back to the UK for a couple of weekends in November, but that is it.

I am going to a place called Lugano, which is south Switzerland, pretty much on the Italian border.

My job is to install and configure the system, and then provide technical support during testing, training and go-live.

After weeks of uncertainly as to the dates I will be flying to Lugano, I am now confident that I will be going next Sunday. While I’m out there I’m planning on having my phone connected up to receive and make calls as if I was in the UK. I’ll also be taking my laptop and stuff so Skype, email and this blog will still be done!

As for everything else, last weekend I went to Thorpe Park for my annual Fright Nights visit (now something of a tradition) and this week I went Go Karting with work (pictures to come).

I highly recommend both!

PS check out some pictures from recent times… be my guest

9 to 5. As a child, it’s what I couldn’t wait for. Getting to do something I loved, and being paid for it. It’s what everyone does. Success is having the job of your dreams, and having the time of your life.

Why do we go to university? To get a job. Life is defined by your job. As a child you are asked “what do you want to be when you grow up?” when “older” isn’t the answer they’re looking for… am I making sense?

Let me put it this way. Everything I’ve done in my life so far has been to get me a job. University, A-Levels, GCSE’s, SAT’s and everything else: attendance, homework, being a geek, you get the idea.

But what is a job? Is it to get money? Is it for job satisfaction? For a career? For success? I always saw a job as the moment you become an adult. When you can provide for yourself by doing something you love. And you have to love it.

Something you do 40 hours a week, that you think about in your spare time, that sometimes has to go before other commitments such as family and friends… and means you can’t always do what you want. To do that, you have to love it.

At university you can take your course, and have a fantastic social life. At work, you can sometimes find you have to compromise.

University… stay out late. Party. Love. Listen. Live. It will be the time of your life. It’s the only chance you get without worrying about work in the morning, the deadline looming or what your boss might think of those pictures on Facebook.

Don’t make a mistake. There is no rush to grow up. Make the most of here. Now. Forget the past and live. When you find your desk for life, make sure you know who you are, so you can be that person. Once you have a job, there may be little opportunity to find yourself.

Love growing up, so you can love being grown up.

September was a rollercoaster of a month. I experienced some real highs and lows: from my awesome birthday party to one of my friends from secondary school dying. The latter really has a long ripple and I still feel hit by a wave occasionally when people say things or when I hear certain songs. Needless to say i’m sure it’s something that will get better with time as my mind gets used to the idea of never seeing him again, but until then I feel there’s more “waves” to come…

As for crowning the best moment of September, it has to be the hardest month to decide so far by a donkey’s mile!

Wembley arena is up there… I went to see the live final of Must Be The Music, a Sky1 talent competition much like X-Factor to find the best up-and-coming music act in the country. It was a bleeding brilliant evening and I can’t stress enough how awesome it is to be at a live recording with over 10,000 other people, the atmosphere was just immense!

^ Just some of the crowd…

It’s weird to think that only a week later I was at Arsenal with 60,000 football fans watching West Brom kick some emirates ass 3-2.

So yea, getting my face out there :D

September can’t go a mention without Amsterdam! The business trip to end all business trips, and on my birthday! OK, so we didn’t go into the town centre, but we got to see some pretty cool tech including glassless 3D TV’s, 3D cameras, 3D rigs, a 152” plasma TV and a 16K projector (that’s 256 times higher resolution than HDTV… it was pretty savage).

But the best moment of September was, of course, my highly anticipated 21st birthday party in Guildford. Even after dragging my 21st over 2 nights out in London, a surprise party, a lunch, Amsterdam and a night out in Guildford I can safely say the house party was the best!

^ Just some of the crowd :P

What the phrase “good times” was made for.

So there you have it folks, and not even a mention of the night out at the Guildford piano bar or seeing Spamalot at the theatre! September truly was a great month :D

So, dare I speculate as to October? I’m guessing this month will be full of MADTV, working overtime, a trip home, hopefully Thorpe Park, my sisters birthday and I feel I’m forgetting something… oh yea… going to Switzerland!

Firstly, I apologise. For the long gap between posts. I will say that I have been busy, work has geared up in preparation for my imminent trip to Switzerland (only a few weeks away now!) and home life has been dominated by those familiar letters… MADTV.

Since my last post campus has been populated with this years cohort of fresh faces and naïve freshers. Moving in weekend was great fun, albeit very busy, and that’s for 2 reasons:

1. I was filming Lottie, a fresher who won a recent MADTV competition to star in a short series of videos about freshers. It’s been a joy to film so far, and the first video has had over 400 views already, which ces’t incrediblé!

2. I went to Arsenal! Sony had a few tickets spare in their corporate box, so I thought why not!?!

What an experience. And my first football match too! Couldn’t have asked for more :)

After that we went out in town and things got a little messy… good times :D

That brings us to last week which really was all about MADTV. Editing pretty much every evening after work (and that’s when after work was about 8pm since I’ve started doing overtime for the project). MADTV has had some brilliant publicity this year (see the video going out on Thursday that was shown to over 2,000 freshers in 4 days…!)

I took the day off on friday to help MADTV tackle freshers fayre, and we got over 160 sign-ups!!! It’s going to be an exciting year :D

^ Katherine and I at the Fayre

So after all that excitement I still feel on top of everything. I think I’m finally in a routine with work and I’m not feeling tired anymore during the day which is a good sign.

The house is going well, although I think the girls are getting annoyed that it sometimes takes me a week to do my washing up! My priorities may not always be in the right order…

I’ve been to a few parties and making sure I get the odd spot of climbing in too :P