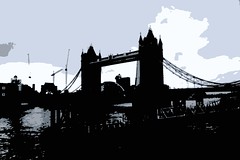 Tower Bridge in the cold 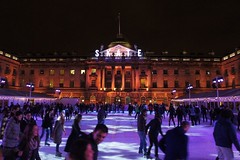 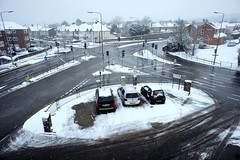 A couple of photos from a day out in London last year.

I haven’t had the time to produce an in-depth StagTV series for a very long time because of other major commitments like my placement year, dissertation, graduation and, now, PhD. But in the last few months I’ve tried to be more involved in StagTV, not just as an afterthought editor, but as a series producer and presenter.

Housing Awareness Week is an initiative the University of Surrey runs every year at the start of February to help first year students find their first house. I remember in my first year being so stressed about finding a house that I now want to help other students out by answering the questions I had going through what they’re now going through. When I was technical producer of MADTV in my second year I helped with the production of a three-part series about finding a house to coincide with Housing Awareness Week at the same time. The video was a success, but because of the VERY small team available at the time (during the exam period), I didn’t feel like it reached it’s full potential. And that has always bugged me. So this year I plan to fill that chip in my shoulder by bringing the series bang-up-to-date with the current information and advice available.

So it turns out I’ve done more presenting than I originally thought over the last 18 months. My mind must subconsciously eradicates these traumatic moments from my memory to allow me to lead a normal life without fear of being judged by the rest of society.

Five news-related appearances. One talking to drunk people. A society Get Involved. And even one where I’m being interviewed (probably doesn’t count, but never mind).

You can see the full list and watch all the one’s you missed in this YouTube Playlist.

My next appearance is as an extra in a short sketch promoting Friday nights out in the student union, which should be coming out very soon!

Looks pretty cold outside, I think I’ll stay in my duvet…

Presented a snow-related news broadcast for StagTV this evening. A perfect example of how you can put a video together from inception to release in less than 3 hours. It’s only my fourth time presenting too, and yet I already feel much more comfortable in front of the camera than a year ago.

All the snow footage was filmed using the professional Sony EX3 camera, which I have on loan for a few months to help with my PhD research. It’s a very good camera to use, but maybe snow wasn’t the best subject for a training exercise as white balance is all over the place… I’ll get there!