My bike was stolen on Friday night, so I was forced to buy a new bike this weekend. Not necessarily the worst thing in the world, as the last one had lasted me the best part of 8 years and was in a bit of a state. But, alas.

To put the new bike through it’s paces, and because I needed an excuse to enjoy the sunshine, I went for a cycle to the Silent Pool, about a 45-minute cycle East of Guildford, near the North Downs. It’s a very tranquil place, and the ride involved a lot of rolling hills and open fields… 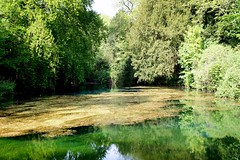 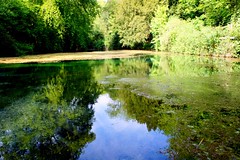 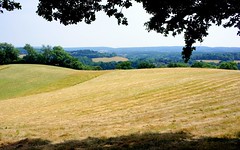 mum·i·sm [muhm-iz-uhm]
Noun
A word or phase used by my mother that closely resembles an actual word or phase, typically technical in nature, but is in fact a humours reflection on modern life. I love my mother to bits, and these are too brilliant not to share.
“I went home at the weekend and heard this stonking mumism”

In·ter·webs [in-ter-webs]
Noun
More commonly known as the internet. While now adopted as a common mispronunciation, it was first used by my mother as early as 2003.
“I’ve just got my email on the interwebs”

My·face [mahy-feys]
Noun
Pertaining to social networks and social networking.
“now I’m on the interweb you can come on myface anytime” – My Mum, 2013 (when joining Facebook)

E·tube [ee-tyoob]
Noun
An on-line video portal where videos are shared amongst its users across the interwebs.
“what’s the best video on etube?”

The web·site [thuh web-sahyt]
Noun
A place where everything can be found.
“can you just check on the website?”, “I saw it on the website”

In·ter·face [in-ter-feys]
Noun
Referring to YouTube. I was confused as well.
“I saw it on the interface”

De·face [dih-feys]
Verb
To remove, or “un-friend”, someone from Facebook.
“Once we’re friends can I deface them?”

I will be keeping the BEDA posts coming long into May. Maybe it should be called BAFT (Blog All the F-ing Time)… Until next time x