For this week’s blog post I was going put together a short video of me and a few friends rock climbing, but due to the immense amount of things happening this week I just haven’t been able to edit the footage yet. Hopefully I get pull something together for next week when I have a bit more free time.

With the birthday money kindly gifted to me by my friends and family I bought a GoPro – a small, light, waterproof video camera.

It’s something I’ve wanted for ages now, and as soon as it arrived I wanted to start recording everything, starting with my rock climbing. With the head mount it’s easy to record someone climbing up a wall from their point of view, and it looks really cool! But the main reason I wanted the GoPro was for travelling. I’ve made a few travel video in the past, and it’s something I want to really push the boat out on for my next adventure!

As I mentioned last week, I’m involved with starting up a new community garden on campus, and over the last week there has been lots going on. We had an amazing response at freshers fayre, with over 200 students signing up to the society mailing list. Our first session was attended by over 30 people, who had lots of great ideas for the garden. It’s so great to have such an overwhelming response after estates and the whole committee worked so hard over the summer to make the freshers week deadline.

Raking in the fresher’s #branchout

This weekend we’re building the 35ft polytunnel in the garden, so there’s been lots to organise for that. Did I mention that it’s also my cousins wedding tomorrow?

See you next week when everything has calmed down a notch. If I still had the “brief-o-meter” I’m sure both happiness and workload would be at 11 this week!

This is why I haven’t posted for a few days…

I went rock climbing in the Wye Valley, on the border between England and Wales, at the weekend. Here are a few pictures. 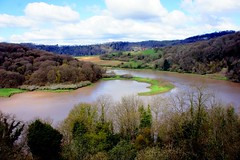 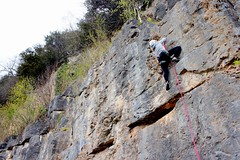 I’d love to tell you about the trip and how awesome it was, but if I’m honest I’m really tired and have lots planned for tomorrow.

BEDA has been a bit of a fail, but I’ve still blogged more this month than I have in any month, ever – so that’s got to be something. I am still committed to writing 30 blogs, one for every day in April. Besides, I still haven’t covered all the things I wanted to.

I don’t write blogs. So this could be interesting!

I am a blonde female known as Charlotte, graduated from Surrey uni in Dance and Culture and have flown out to join Charles and Sophos on their InterRail trip. Some of you who read this might know me, but for the many that don’t, here is the low down. We have all been friends since the first year of uni, I am training to become a teacher, I love the arts and pancakes. These two amazing people are my best friends who I cherish and love so much. When I realised that I would be able to join them on their trip of a lifetime, I literally jumped at the chance.

Flying out from Gatwick and arriving in Prague was the easy part, getting to the hostel however…not so much. After walking around in circles, I finally found the right street and saw Charlesies and Sophos waiting for me. We decided to dump our luggage in digs and head on out to explore the drinking areas of Prague, finding an Irish pub (yes, typical Prague pub here guys).

Our first full day in Praha (as the locals would say) consisted of a whole lot of walking and tradition. We went on a walking tour with our guide Michael, who showed us the astrological clock – apparently famous across the world as when it chimes on the hour, 12 apostles rotate around in an opening and other figures come to life. Awesome sights were seen and a whole lot of history was learnt. The last theatre that Mozart himself played at is in Prague!!! I thought that was awesome being very much into music and all.

Charles Bridge was an uber attraction of the day as we have a photo of Charles on Charles Bridge. It was a blooming beautiful structure with hand carved stone statues guarding the edges. One being [INSERT ACTUAL NAME] where there were three rubbing points where you could: a) make a wish b) improve your fertility c) get bad luck.

Alice and Kirsty were in Prague and I had heard about them from the guys time in Berlin so was quite looking forward to meeting them. We all met up for a traditional Czech dinner of Svičková, which was a little like mushed up beef and dumplings.

As a three, we decided to take a romantic trip on the pedalos along the river Danube. This gave us wonderful views and we were able to explore around little islands in the middle of the river and relax on the water. A great way to start the day before a castle tour…trekking up the long path to the castle. It was just stunning, the views from up the top of the grounds were phenomenal, a breathtaking panorama of the amazing city which we had been ambling around for days. The castle grounds were vast and the buildings were beautifully made with intricate designs.

Charles exploring the climbing walls in Prague…need I say more, apart from yummy!

Took a gander at the John Lennon wall, promoting peace and unity…(and love)

Taking a trip up the funicular railway and not getting so lost in a mirror maze…apart from Soph who got lost in her own reflection!

Charles and I ended up in The PUB where we were sat at a table with pour your owns. Soph and I ended up eating Ice Creams. The street market was awesome and sold lots of unusual items. Charles with the pretty wooden flowers…

Prague: Do yourself a favour and Czech it out!

Thanks for putting up with me and my awkward style of writing.

^ Sophie and I book our first flights for the Inter-Rail trip… the adventure begins!

^ Charlotte and I waiting for the bus :)

^ Graeme and Mum get acquainted with Victoria’s bottle of port

^ literally translates to “dessert buffet”, or as we say in England “heaven”

^ A weekend in Switzerland turns into a day in Milan!

^ Merely 3 hours after sitting at the breakfast table wondering what to do, here we are at the Duomo!

^ The view (courtesy of Hywel’s iPhone)

^ Life. It doesn’t get any better than this.

^ Until sunset and beyond

OK, so I understand that its been a while since I actually sat down and wrote something proper. Here goes.

Thursday was a good day, I went to a climbing shop nearby with some other people from the climbing club. I bought climbing shoes, a harness, chalk bag, chalk, belay device and karabina. It was a cool trip, finally I have my own shoes and harness to go climbing in!

Friday we left for the Peak District to start the climbing fresher’s trip. Got to camp at about 1:30am and went to sleep.

Saturday we went to a crag and did some rock climbing!

The weather wasn’t so bad.

Caught between a rock and a hard place.

Went for a walk and chased some sheep.

On Sunday we went to an indoor climbing centre and climbed for 4 hours straight. Really great fun.

Today, Monday, I handed in some coursework and have been getting back into the swing of things.

Saturday – Big gig in the union!

I’ll post again next week. I’m off on my climbing trip for the weekend. Bye!